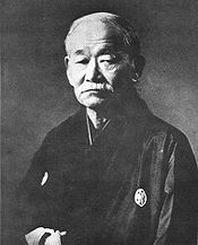 Judo is many things to different people.  It is a sport, an art, a discipline, a recreational or social activity, a “keep fit” program, a means of self-defense and a way of life.  It is to some extent all of these, but to most participants, it is a sport.

Judo comes to us from the fighting systems of feudal Japan.  Founded in 1882 by Dr. Jigoro Kano, judo is a refinement of the ancient martial art of jujitsu.  Dr. Kano, President of the University of Education, Tokyo, made a comprehensive study of these ancient art forms and integrated the best of their techniques into what is now the modern sport of judo.

Judo was introduced into the Olympic Games in 1964 and is now played by millions of people throughout the world in more than 180 countries.  People play judo to excel in competition, to stay in shape, to develop self confidence and for many other reasons.  But most of all, people play judo just for the fun of it.  Judo is a sport that is a lot of fun!

As in all sports, judo has a strict set of rules that govern competitive play and ensure safety.  For those who desire to test their skills, judo offers the opportunity of competition at all skill levels, from club to national tournaments, to major international events, such as the Olympic Games.  There are separate weight divisions for men, women, boys and girls.

Judo can best be described as a special form of wrestling that emphasizes throws as well as pins.  In fact, judo is well known for its spectacular throwing techniques.  The players wear special clothes to help with the skillful application of throws and other techniques.  The same clothing enhances control for maximum safety in practice and competitive play.  Judo is played on special mats for added safety and comfort.

Unlike most other martial arts, there is no kicking or punching in judo.  One does not have to wear any protective gear to play judo.  Judo emphasizes sport fun and safety.  It is full of physical activity for top conditioning.

If you like sports full of physical activity, you will probably like the sport of judo.  Judo is an inexpensive, year-round activity that appeals to people from all walks of life.  Judo provides the means for learning and improving oneself  physically, mentally, socially and spiritually.